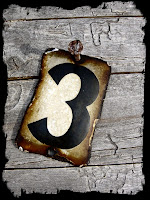 In an astounding 'coincidence' the guns used by both John Patrick Bedell and Johnny Lee Wicks not only were both bought in Las Vegas, but they both came from the same Memphis police evidence vault according to a recent AP article. Apparently it is customary for the Memphis police to sometimes sell confiscated weapons.

Joseph Andrew Stack and Johnny Lee Wicks have something else in common, they both burned down their houses before attacking governmental offices. Stack allegedly attacked the Echelon One building in Austin with his airplane enraged over the IRS, and Wicks opened fire at the Las Vegas Federal Courthouse supposedly enraged over losing Social Security benefits.

And finally several coincidences connect both Bedell and Stack. Not only were they both electrical, computer engineering specialists pursuing technical work in defense related projects, but they also both were from the same San Francisco area and also both lived for some time in Austin, TX.
Posted by George at 11:41 PM